When did you start writing?

Truthfully, I’ve written all my life, from the time I was old enough to hold a pencil and fill notebooks with stories about pioneers or child detectives. I didn’t complete my first novel until I was nearly 40, and then I worked on that for a few more years to refine it.

What do you hope readers gain from your books? 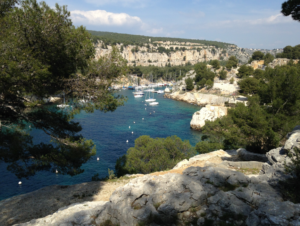 Why did you decide to publish independently?

A few summers ago, I received feedback from an agent about my novel Trail Mix. Trail Mix features two women who hike the Appalachian Trail as the ultimate diet plan – that’s their excuse. In reality, they’re trying to figure out what their lives will be like now that their children are grown and off to college.  As mothers, they have invested all their energy into parenting and aren’t sure how to move on to the next stage of their lives.

The New York agent’s assistant emailed me after they’d read my novel. I could hear her very young East Coast-accented voice in my head: “We really liked your writing. It was tight and funny. But we thought it was kind of sad that the moms didn’t have a life once their kids were grown.”

Wait! That was the point of the book. It wasn’t a sad thing that never happens. It was a reality for a lot of middle-aged women.  I probably know five mothers who refused to climb out from under the covers the first month after their kids left for college. How could this New York-living, recent college graduate be oblivious to the life that so many of us mid-Western, middle-aged women knew?

That’s when it struck me that 22-year-olds in New York are the true gatekeepers of the publishing industry.  They help decide what we peruse on the shelves of our quickly fading bookstores and even the books that are featured on Amazon and reviewed on NPR or in big newspapers.

So I took the plunge and decided to publish independently. I started with The Summer of France before following with Trail Mix, I See London I See France, and Paris Runaway.

What is the best thing about being a writer? The hardest? 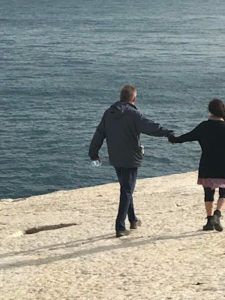 o. Sometimes, that’s just falling in love again or having first kisses. I’ve been married to my husband since 1990 and I know I’ll never have those romantic firsts again.

Another good thing about writing is when I think of a good description or simile. Here’s one from Paris Runaway that I liked: “Chose him for what?” I asked. Each word sounded like the chiming of a clock, as if midnight had arrived, and I was only delaying the inevitable – that Cinderella moment when everything changed.

Sometimes the hardest thing about being a writer is just sitting down and writing. With publishing, a thousand other jobs appear – blog interviews, tweets, Facebook. They all take time that could be spent writing. But what’s the point of writing if no one reads it? So I have to publicize my books too.

What do you love the most about the French culture? 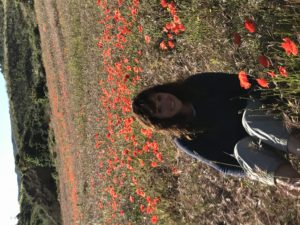 e French priorities impress me. Family, education, culture and food are all so important. The first time I stayed for an extended visit in France, I came home and registered for grad school. I realized that continuing education enriched my life. And meal times in France are all about family, culture and food. I love that we are expected to sit and eat and share experiences for several hours in the evening. It’s not something I do at home in the U.S., but I have no problem transitioning to French traditions with a meal that begins at 9 p.m. and stretches past midnight, usually followed by some classical music.

I’m not sure if this question has to do with my name “Paulita” which sounds vaguely Spanish or my sometimes out of control curly hair. I’m just an average American with nearly every European culture running through my veins, along with some watered-down African American and Native American. My parents found my name in a baby name book and chose it after my grandmother Pauline.